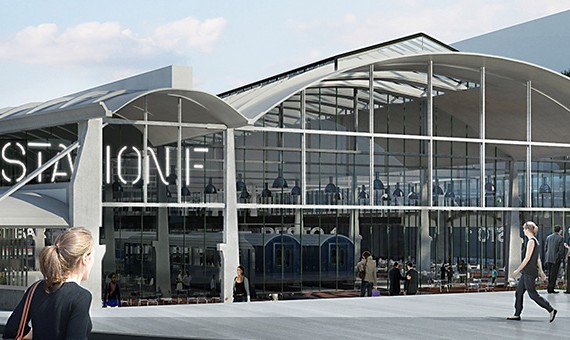 For almost 20 years, Ventech, a venture capital firm operating in Europe and China, has supported more than 150 technology companies in their international development. That experience has enabled the Ventech team to understand entrepreneurs´ difficulties in identifying the most promising markets for their offering.

Therefore, Ventech is proud to launch ParisPOC, a program which will help Ventech-backed companies and Ventech prospects from all over the world to test their value proposition in the French market in a timely manner. Selected companies will be able to test product’s fit with the French culture, to evaluate local competition, to meet key accounts or to find the right country manager.

Being the only European VC that has developed, from Paris, a multi-local platform with teams based in China, Germany and the Nordics, Ventech is well positioned to select the most relevant candidates for this new program.

Ventech has chosen to develop ParisPOC at the heart of Station F, the largest startup campus worldwide, to allow companies participating in this program to test their offering with the 3 to 4 thousand people on site.

By creating ParisPOC, Ventech shares Station F´s goal to position Paris as the European capital for tech entrepreneurs. Paris must be as good as, if not better, than London and Berlin in attracting tech entrepreneurs from around the world. Some entrepreneurs may want to launch their start-ups in France, others may consider France in their internationalization roadmap. ParisPOC will facilitate their decision-making.

« We strongly believe in the power of Ventech´s international network which has been built over the last twenty years and that has been leveraged by our French and international portfolio companies. The ParisPOC program within the great Station F initiative will strengthen Ventech´s added value to entrepreneurs. We are very enthusiastic.” comments Audrey Soussan, Principal at Ventech.