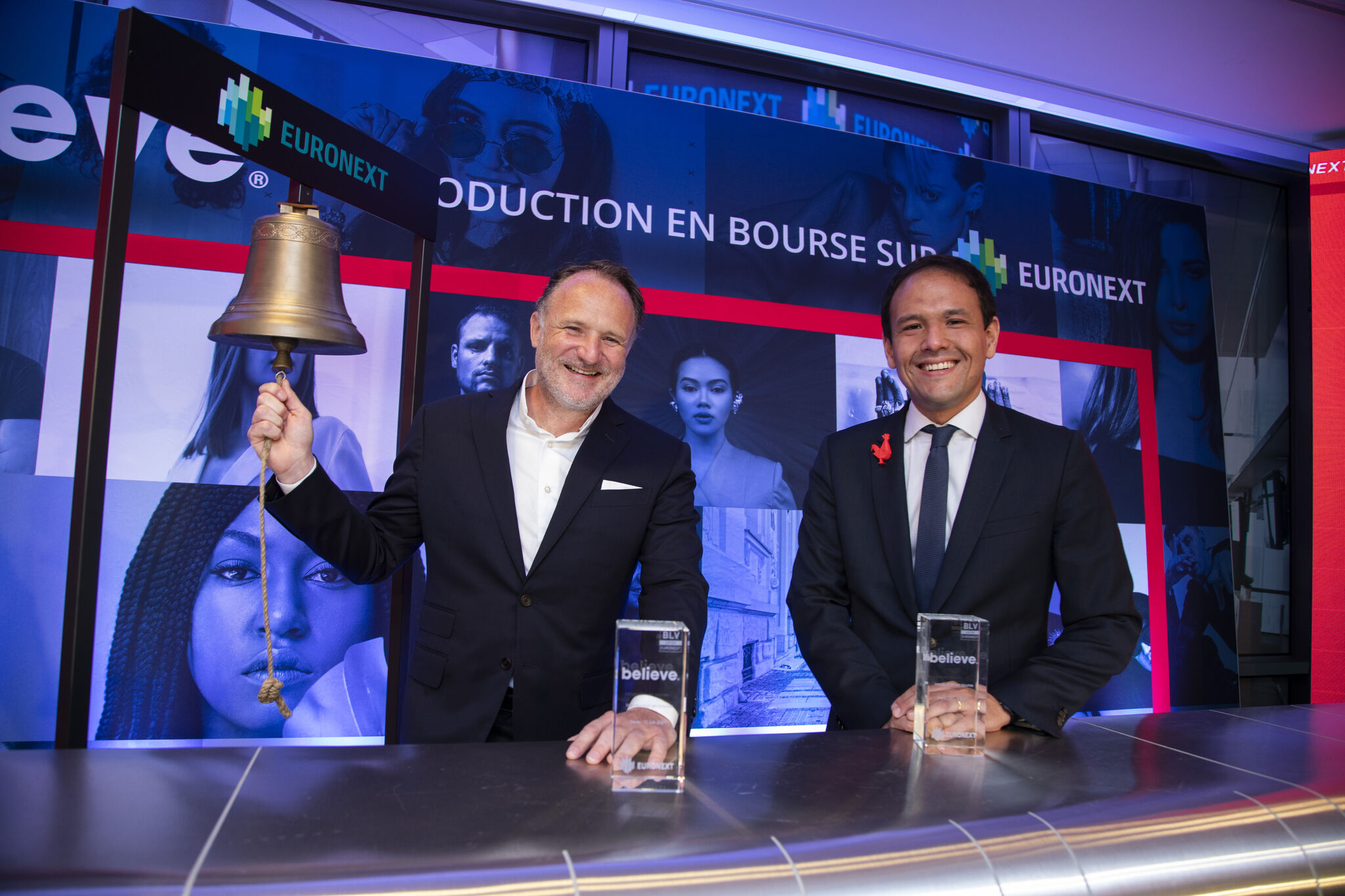 As a cardinal early-stage lead investor in digital innovation since 1999, Ventech is both a pioneer in the development of the European tech ecosystem and a privileged witness to this digital revolution.

In 20 years, from our offices in Paris, Munich, Berlin, Helsinki, Shanghai and Hong Kong, we have led more than 150 investments, organized 50+ industrial exits and accompanied 17 IPOs.

Believe’s IPO marks #18, and the most strategically critical for our business in Europe.

Like its European counterpart, French Tech is growing up: the ecosystem today is cultivating (at an accelerating pace) the next generation of economic champions the country has been waiting for.

The performance & maturity of the startup financing chain is not only a core pillar of French Tech’s success but is crucial in the race for hyper-growth that enables our innovators to play in the Big Leagues at global scale. Today, Early Stage (Ventech’s core business), is outperforming all other alternative asset classes in the chain, driven by a recent proliferation of Late-Stage investors providing increasingly important capital resources to our best projects.

Aided by the capacity of European financial markets to massively finance international and independent leaders, the downstream segment of the chain is responsible for completing the transformation of the European Tech ecosystem, leveling it up to stand alongside its American and Chinese counterparts/competitors.

As the first ‘Next 40’ leader to go public with a valuation of ≈2 billion euros (the first of its kind & size in more than two decades), Believe's listing is a resounding success for Euronext Paris and for French Tech.

Believe is a pioneer of innovation to its core. At a time when few could distinguish them, Believe identified the beginnings of a radical change in the music market: the digital transformation. We at Ventech are proud to have been able to recognize this vision, and to have partnered with the exceptional team from Day One (gathered around Denis Ladegaillerie’s dining room ‘office’), through today’s impressive reality: Believe is one of the world’s leading digital music companies, present in 50 countries across three continents, with €750m+ in revenues.

Believe remains a trailblazer at heart and, via Euronext Paris, is leading the way for a next generation of companies to follow its example with a simple message: remain independent and equip yourself to become a platform integral to the continued growth of the ecosystem.

With the support of the stock exchange and its long-term partners, Believe opens a second chapter in its history today, just as ambitious as the first: affirming its positioning while maintaining its independence as one of the 4 Music Major Companies in the world, of the new digital generation compared to the traditional players, Universal, Sony and Warner.

We at Ventech are honored to remain by their side, continuing to accompany this brilliant team in the next stages of value creation.

A New Chapter, a Long History

Much like Believe, Ventech is proud to have dared to pioneer from Day One. As the reference investor of Meilleurtaux.com, Ventech participated in the very first IPO on Euronext Growth (Alternext pre-2017) and organized the very first transfer from Alternext to Euronext with this same company.

As history repeats itself, we are grateful to be Believe’s European reference shareholder (with over 20% of the capital), standing alongside our American colleagues on the day of this important milestone, inspired and confident that the many future uses of Euronext by digital innovation leaders to come holds the key to the success and sustainability of our European ecosystem.

The best is yet to come !