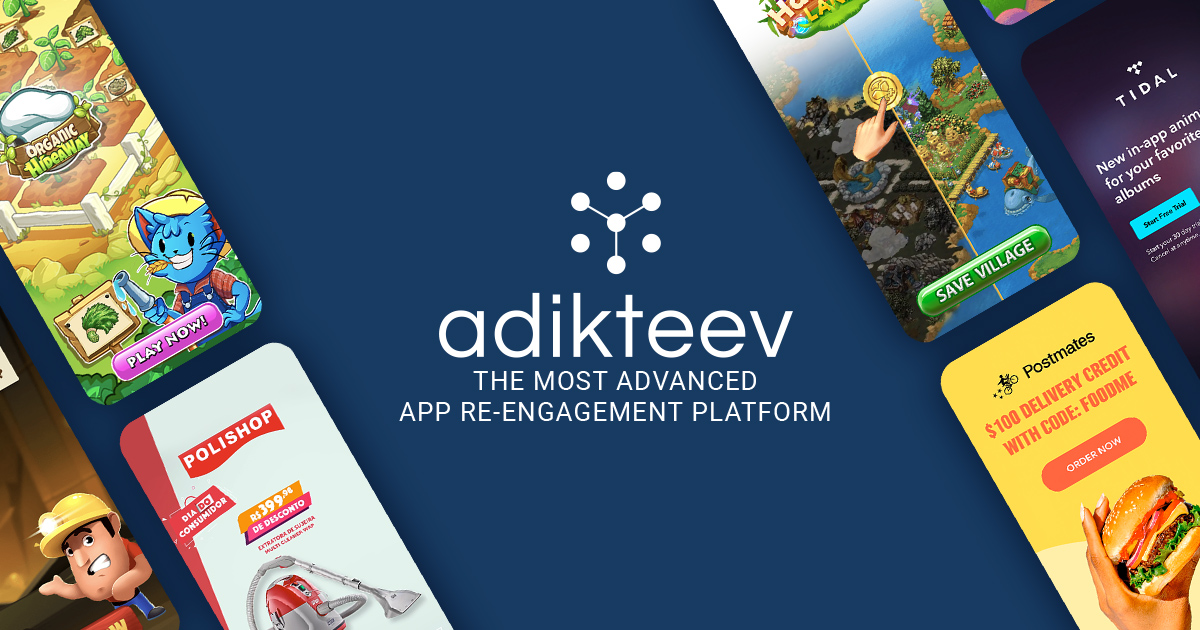 NEW YORK, Feb. 13, 2018 — Leading mobile marketing platform Adikteev (www.adikteev.com) has secured $12 million in its Series B round for further international growth outside of its home base in France, as well as research and development efforts. Ring Capital and BNP Developpement led the round to which ISAI, Ventech and Laurent Asscher also contributed. Adikteev uniquely combines state-of-the-art creative technology, data and artificial intelligence to deliver ROI for advertisers and app developers.

“In just five years, Adikteev has reached an unprecedented level of strategic growth from seizing new opportunities in the marketplace,” said Xavier Mariani, CEO of Adikteev. “This new round of funding will help strengthen our research and development efforts, as well as accelerate our international expansion, particularly in the U.S., where we have a strong retargeting offering.”

Two prior fundraising rounds enabled Adikteev to quickly acquire and enhance its mobile solutions, spurring profitably represented by more than 6,142 percent growth in France since its founding. The first was Motion Lead, a Y Combinator-backed company based on mobile dynamic creative technology. This was followed by Trademob, the first European mobile DSP specializing in user acquisition and app retargeting. Both became part of Adikteev’s technology stack. Adikteev now has more than 100 employees and 30 percent are engaged in research and development in Paris and Berlin.

“We are particularly happy to partner with a talented French team such as Adikteev to hasten their expansion with this investment,” said Geoffroy Bragadir, CEO and co-founder, Ring Capital. “Beyond financing, we are confident we can help this fast-growing ad tech company to scale-up and increase their international footprint by bringing operational expertise from the Ring team and high-value connections with our mentors.”

The round’s closing follows the recent opening of offices in New York City and San Francisco in 2017. This has enabled even more regular improvement of Adikteev’s core product based on more immediate client feedback.